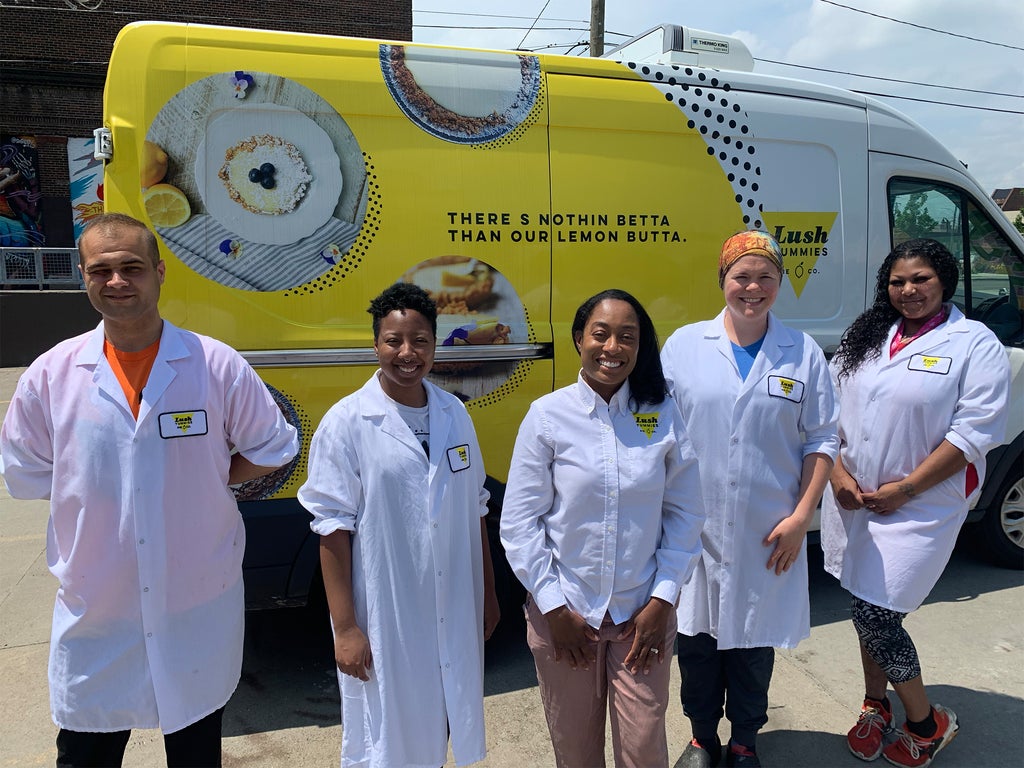 As a young girl, Jennifer Lyle’s grandfather taught her how to bake pies. She had no idea this fun family activity would blossom into a booming business someday. She started making pies as a young adult as a hobby. Soon, she began selling her pies in the Eastern Market while working full time as a teacher. Her pies took off and she left her teaching job behind for a few years to pursue her entrepreneurial career.

In her early years selling, she was stationed right next to the Beyond Juicery + Eatery stand in the Eastern Market sheds, as Eastern Market was the first place to allow Jennifer to start selling her pies to a large audience. The companies became quick friends and we have greatly enjoyed watching each other grow. “Beyond was really friendly and was one of the first businesses to show me the ropes about Eastern Market.” Lyle said when speaking about her earlier years.

In 2021 Lush Yummies Pies was put on Oprah’s favorite things list and Jennifer knew she needed to take her creation to the next level. Now available on their website, you can order Lush Yummies Pies to you anywhere domestically! Pies are sold through the website, direct to you at Eastern Market, and throughout a selection of grocery stores in the Midwest.  Gotta have one? Make sure to try one of them out along with Jennifers’s “Blueberry Butta” smoothie to really wow your taste buds!

Unable to leave teaching behind completely, she has since taught Entrepreneurship with Teach for America, Wayne Community college, and a handful of other places in the Metro Detroit area. ““My role is really to show, you can be creative in entrepreneurship” Lyle said, “I’m a very free spirit.”

When asked about advice she would give to a young entrepreneur, Jennifer was thoughtful in her response and shared, “A lot of times when you’re starting a business, you do a lot of things based on emotion, not based on data. If I could redo it I would do more surveys and research and focus groups….Find out what other people like, do your research.” She finished her thought by saying, “You can avoid a lot of pitfalls if you do more research in the beginning. Really get into it before you start making big decisions.”

Want to keep up with Jennifer and Lush Yummies? Text “BUTTA” to 855-918-5330 and join her customer list for updates and promotions!