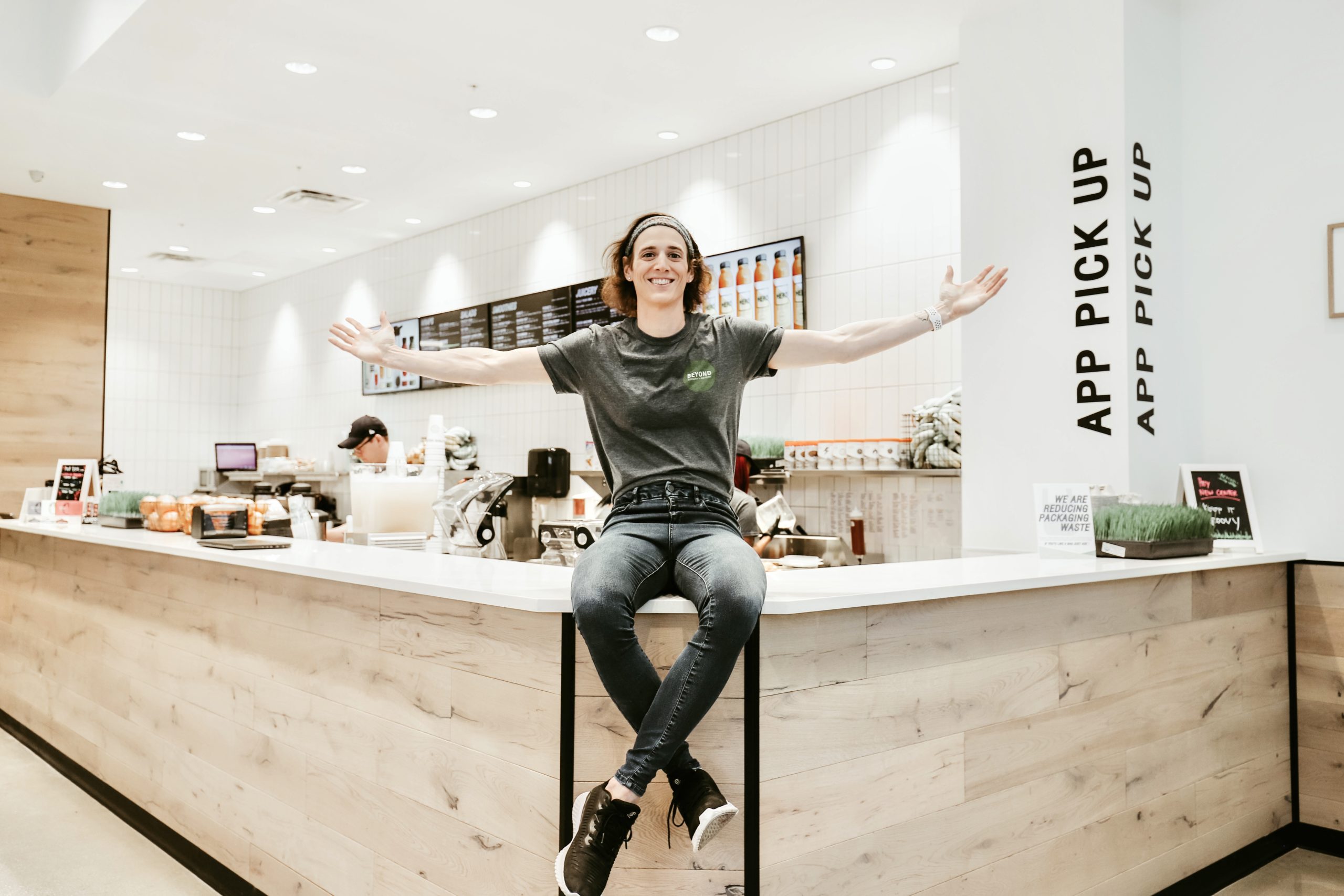 People Are Our Purpose

People Are Our Purpose

We are thrilled to be part of the Pride Month celebrations by highlighting influential members of our Beyond community.

Detroit franchisee Joni Genovesi opened her first Beyond Juicery + Eatery location in January 2020, just months before the pandemic forced us to shift our operations. As a transgender woman, Genovesi is proud to represent her community as a successful business owner.

“The transgender community is not really represented well in any aspect of life, so the privilege I have and the ability to open up a franchise and be successful—hopefully it shows other trans people out there they can do the same thing,” Genovesi said. “I don’t necessarily think franchises have negative connotations towards trans people, but trans people in general often don’t have the resources or opportunities that I’ve had.”

Originally attracted to our wide array of healthy options, Genovesi soon realized the close-knit community that our team embodies. In fact, early on in the discovery process, one of the first people in her professional life that Genovesi came out to as transgender was our founder, Mijo Alanis.

“People in my personal life, since the very beginning of my transition, told me to sign the contract first, don’t tell anyone because they’re not going to want you,” Genovesi said. “I was very nervous and didn’t know how it would go, but Mijo, he didn’t exactly grasp what I was saying, and I don’t mean that in a bad way at all—most people don’t understand what it means to be trans—but he was never against it. It was always, how can I support you?”

For Genovesi, being a transgender woman has led her to become an extremely empathetic and understanding person, great leadership qualities to exhibit as a boss.

“I don’t look at my employees like they’re there to make me money, but as human beings there to make themselves money and to make a life for themselves. I think that’s why a lot of people are attracted to work for me.”

This year marks the 51st anniversary of Pride traditions, celebrated in June in honor of the Stonewall riots of 1969. Beyond Juicery + Eatery is a proud ally of the LGBTQ+ community.